The Public’s View of Farming 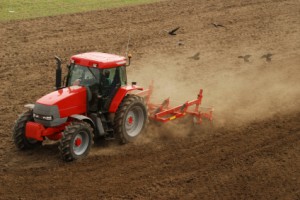 It is great to hear that there has been a significant shift in the public’s view of farming, with nearly 90% of people believing the agri-food sector is either extremely important or very important to the economy. Some 15 years ago the figure was just 65%. Almost 90% of people in Ireland believe that the contribution of farming to the Irish countryside and rural environment is beneficial or very beneficial, compared to 58% 15 years ago. These are just two of views that came from a nationally represented survey conducted on behalf of Agri Aware. Below are some interesting results from the survey released in late 2012 and comparisons are drawn from a similar survey conducted in 1997.

What the Public had to Say:

The farming industry looks positive in the public’s eye and it does show many prospects that should be embraced by all of us. FRS are progressively planning to help farmers to reach their full potential and to provide the people you need when you need them.

Please e-mail your comments and feedback to marketing@frsnetwork.ie 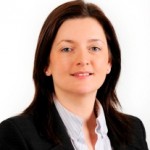 Jane Marks, Marketing Manager, manages PR, Events and Marketing for the five divisions of the FRS brand – FRS Farm Service, FRS Fencing, FRS Training, FRS Recruitment and FRS Homecare. Jane has over 12 years marketing experience in the Insurance Industry and is quickly learning the nitty-gritty of the Agricultural Industry.

Send us an Enquiry

This website uses cookies to improve your experience while you navigate through the website. Out of these cookies, the cookies that are categorized as necessary are stored on your browser as they are essential for the working of basic functionalities of the website. We also use third-party cookies that help us analyze and understand how you use this website. These cookies will be stored in your browser only with your consent. You also have the option to opt-out of these cookies. But opting out of some of these cookies may have an effect on your browsing experience.
Necessary Always Enabled
Necessary cookies are absolutely essential for the website to function properly. This category only includes cookies that ensures basic functionalities and security features of the website. These cookies do not store any personal information.
Non-necessary
Any cookies that may not be particularly necessary for the website to function and is used specifically to collect user personal data via analytics, ads, other embedded contents are termed as non-necessary cookies. It is mandatory to procure user consent prior to running these cookies on your website.
SAVE & ACCEPT