On behalf of FRS Network Minister Andrew Doyle, Minister of State for Food, Forestry and Horticulture, launched the ‘Attitudes of Young Farmers to Agricultural Co-operatives’ research at FRS Networks’ Headoffice in Roscrea, Co.Tipperary on Wednesday 31st of July 2019. Survey showed that 94% of survey respondents considered that agricultural co-operatives were important for the ‘future of Irish farming.’

Attended by representatives from the co-operatives, agricultural organisations, boards and media the event offered each person a chance to hear first-hand the findings of the research conducted and presented by Dr Pat Bogue, Broadmore Research and Consultancy on behalf of FRS, which was supported by the Golden Jubilee Trust. The survey was completed by 655 young farmers through online and paper-based questionnaires.

Minister Doyle commented; “The report’s recommendations can pave the way in ensuring co-op’s continue to be successful long into the future. The research findings should be considered by co-operatives and reviewed in the context of their own situation.  Farmers need to be informed, advised and convinced about the importance of holding shares and getting actively involved in co-operatives.”

Thomas Duffy, President of Macra Na Feirme told of his experience during this speech and said “In my experience boards have been welcoming, but boards need to know that young people will challenge, if they see the need to, and they need to be ready to embrace this and be open to change.”

Ray Dempsey, Chairman of Central Auctions spoke about his long-standing experience with the co-op structure and said “The research now puts down on paper what we have been speaking about throughout our boards and committees. The co-operative ethos is as strong today as it ever was, but now is the time to ensure the future of it. If we leave it too long more and don’t make changes now we may see a very different picture. As Co-ops we need to be vibrant and appealing to young farmers to attract them in. The research showed that they see co-ops as important with the most important attribute being that they are owned by farmers.”

Richard Kennedy, Deputy President of IFA commented; “This very valuable report must not be left on a shelf gathering dust. Give youth responsibility and they will respond. Great credit to FRS for initiating the report.”

Pat Bogue, Broadmore Research and Consultancy commented;  “The research highlights that while young farmers appreciate the importance of co-operatives to the agri industry there is a level of complacency about becoming shareholders in the co-operatives with which they trade. There also appears to be a hesitancy with regard to getting involved in committees and boards. There is an opportunity for agricultural co-operatives to encourage greater engagement by younger farmers.”

The executive summary of the research brought to light the following:

Co-operatives continue to play an important role in Irish agriculture, however the level of involvement in co-operatives among young farmers is variable. Many young farmers trade/engage with co-operatives but are not shareholders and are not actively involved in the running of them (not serving on boards or committees). There appears to be a slow rate of transfer of shares in agricultural co-operatives to young farmers and more shares are being transferred to/inherited by non-farmers. National Co-op Farm Relief Service (NCFRS / FRS Network) is concerned about the:

The most important findings to emerge from the research included:

The conclusions from the research can be summarised as follows:

The recommendations from the research can be summarised as follows:

Peter Byrne, CEO, FRS Network, welcomed all to the launch of the Research and commented;

“I want to thank the Golden Jubilee Trust for their financial support of this very important research project and to Pat Bogue of Broadmore Research and Consulting who’s knowledge of the Agricultural sector, together with his research expertise, has resulted in a very comprehensive report with excellent interpretation and recommendations.

Having worked with several FRS board members both at National and local level, I truly appreciate the enormous time and commitment they have given in a voluntary capacity to the FRS organisation over the last 40 years.  I take a great sense of comfort from this research project that such commitment will be forth coming from our present day young farmers, but we need to take positive steps to encourage and support them to become actively involved in their local co-operatives both as shareholders and board members.”

It is imperative that young farmers become involved in the Co-op movement both as shareholders and as board and committee members.  The board of NCFRS are concerned that not enough is being done to encourage such involvement and hence our decision to undertake this study.  We are very pleased to read that overall young farmers have a positive attitude to Co-operatives, but they have confirmed our view that they need to be actively encouraged to become more involved.  Every Co-op has a role to play in promoting the Co-op Model, in actively encouraging share transfer to younger active farmers and nurturing the interest of young farmers in board participation.”

“Golden Jubilee Trust is delighted to support this excellent initiative of FRS.  The long-term future of the Co-operative Movement in Ireland is in the hands of the young Farmers of today.  New ideas and talents are essential to continue to develop the co-operative movement so that it remains core to the needs of the Farming Families of the future.

This work will inform the co-operatives on how to engage with young farmers so as to build on the past to create an excellent future for farmers in Ireland.”

Contact: jmarks@frsnetwork.ie for a full copy of the report. 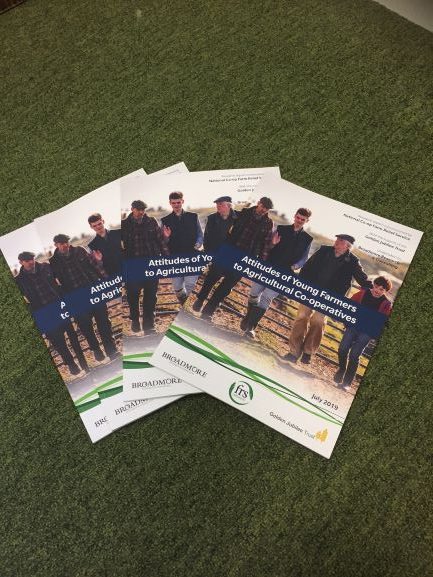 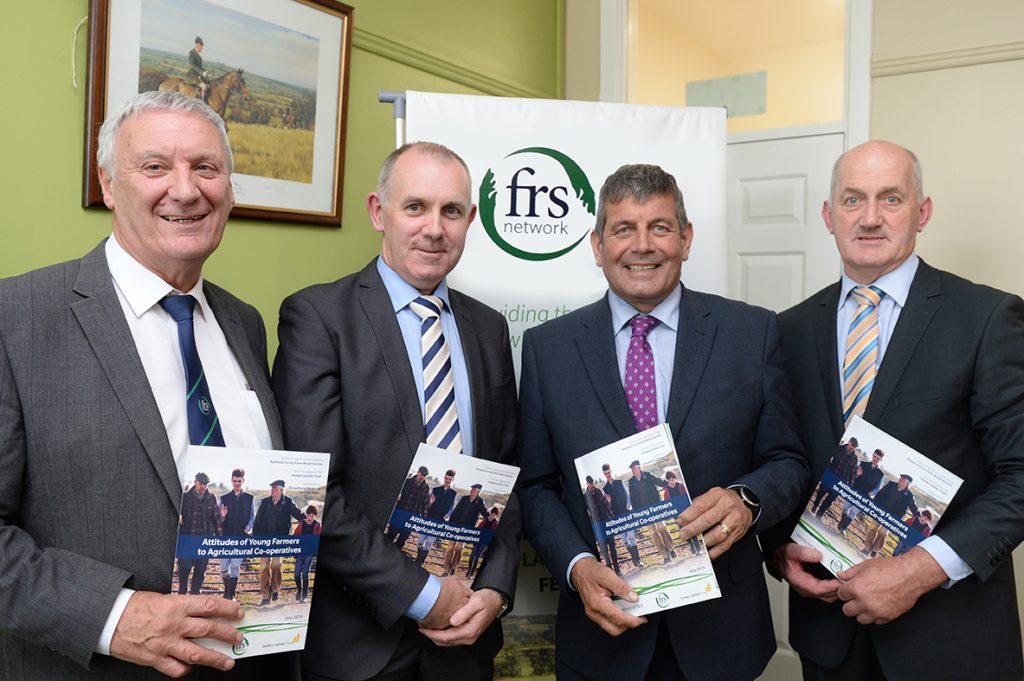 Send us an Enquiry

This website uses cookies to improve your experience while you navigate through the website. Out of these cookies, the cookies that are categorized as necessary are stored on your browser as they are essential for the working of basic functionalities of the website. We also use third-party cookies that help us analyze and understand how you use this website. These cookies will be stored in your browser only with your consent. You also have the option to opt-out of these cookies. But opting out of some of these cookies may have an effect on your browsing experience.
Necessary Always Enabled
Necessary cookies are absolutely essential for the website to function properly. This category only includes cookies that ensures basic functionalities and security features of the website. These cookies do not store any personal information.
Non-necessary
Any cookies that may not be particularly necessary for the website to function and is used specifically to collect user personal data via analytics, ads, other embedded contents are termed as non-necessary cookies. It is mandatory to procure user consent prior to running these cookies on your website.
SAVE & ACCEPT